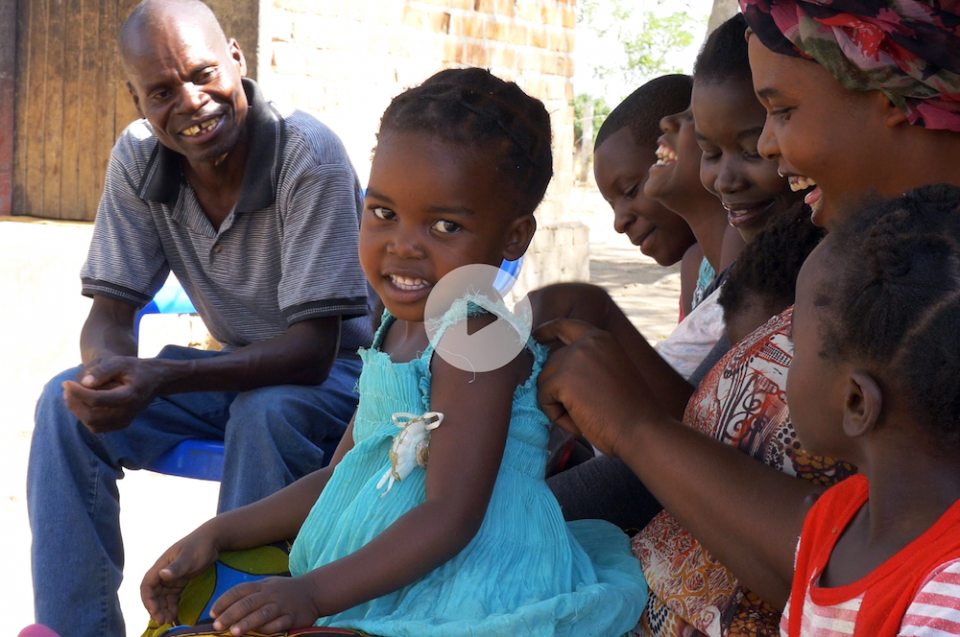 “It’s discouraging to see something grow for months, reach its potential, and then get ruined.”

In 2011, John lost his crops to heavy rainfall. With a family of nine to support, he didn’t know what to do. Lost corn meant lost profits and lost food. What would they eat? How would they survive?

John is a farmer in Petauke, a small town in eastern Zambia. Thousands of other farmers in his community also face the constant threat of crop loss due to unpredictable weather or pests.

When the Partners Worldwide network heard of the farmer’s trouble, PW volunteers from Sunnyside Church in Washington state came up with an idea.

They recommended the farmers construct a grain storage facility, similar to what had worked in their own farming community. The volunteers from Sunnyside not only suggested the facility, but also provided the construction materials to build it.

The storage company would be called Chakulya Agro Complex and would have three shareholders: Partners Worldwide; RCZ, our local partner in Zambia; and a cooperative of local farmers in Petauke. John was elected by his peers to represent them on the company board.

In 2014, the construction materials arrived, and in 2016, construction was complete. “I did not sleep the night before it opened!” remembers John.

The facility allows farmers to store their grain safely and to sell it when the market price is best. The facility also sells seed and fertilizer, making it a one-stop shop for farmers in Petauke.

“I am so glad that our group of farmers can now go back to maize production without fear of it going to waste by insects or unexpected rain. This is real food security.”

Today, John regularly meets and prays with others farmers. He reports that they still have some anxiety about farming, but realizing how God has provided for them so far changes their entire outlook.

“We believe that this shelter, this facility, is an act of God. And my family? Being able to provide for them is priceless.”

Because of you, we are partnering with local leaders like John to help farmers thrive in Zambia. As a result, thousands of farmers—and their families—now have brighter futures. Watch John’s story here.