For almost three years now, the despair that reigns over Haiti due to the chaotic socio-political situation has convinced many Haitians that their only option for survival is to migrate to horizons as far away and uncertain as Brazil, Chile, Argentina, and beyond.

Desperate, these often-young people and their parents would rather risk leaving Haiti than stay and struggle to create a better life.

Partners Worldwide is striving to combat this exodus by connecting young people to our local network of partners. Through this network, they can access the tools to succeed in their current situation—saving them from an uncertain future overseas.

Fleurony is one of these young people.

A 32-year-old from Gonaïves, Haiti, he started a small business in 2013 selling used cell phones and small accessories.

However, Fleurony’s business wasn’t profitable, and he was quickly losing hope. By 2016, he decided to fold and move to Chile to seek other economic opportunities. Saving enough money for a plane ticket, he made plans to emigrate.

Fortunately, before Fleurony made the trip, he met Benson Thermidor. Benson leads the Network of Entrepreneurs of Upper Artibonite (AEHA), our local partner in Gonaïves.

Benson invited Fleurony to attend a business training using the Partners Worldwide business curriculum. Figuring he had nothing left to lose, Fleurony agreed—and the training changed his trajectory.

With a new understanding of how to grow a business and how to use business to serve his community, he decided to invest the money he had saved for his plane ticket into re-starting his business.

Over the past two years, Fleurony has applied what he learned in the business training and his business has grown tremendously. Now, he is traveling to Dominican Republic to buy phones and accessories in bulk and has become a wholesaler in the Gonaïves area. 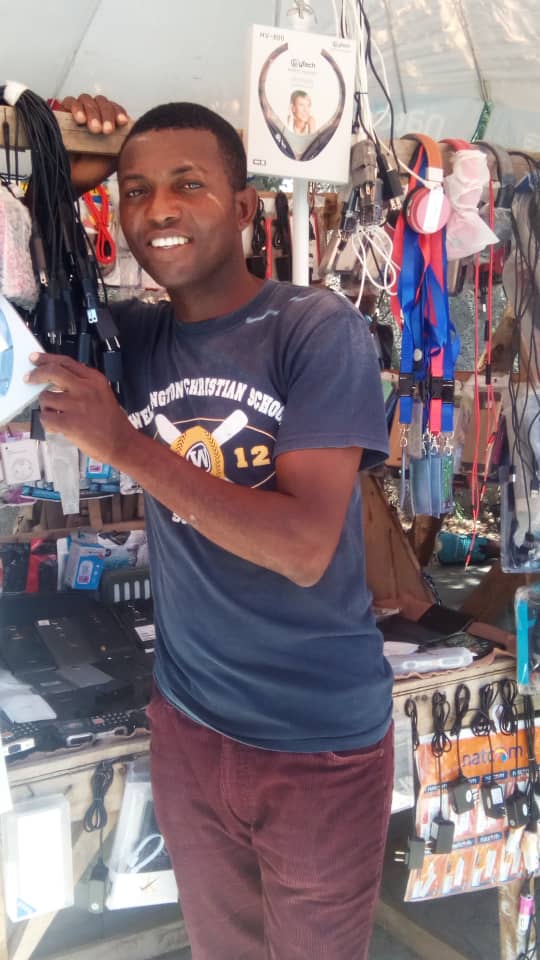 Fleurony believes that the training and support he received from AEHA allowed him to realize that the opportunity for growth was available in Haiti, he just did not have the tools to take advantage of it before.

“I have no regrets that I didn’t leave my country. I realized from the training that I need to be the one providing for myself and working to make my country better. I am thankful that I was able to join AEHA; I have received a lot of support from my local and international mentors who encourage me and help me be more confident.”

Fleurony adds that one of the greatest things he has learned and continued to keep in mind from the training is the following: “my business is a tree, it needs me to take good care of it so it can be fruitful.”