Skip to content
40 million people in the U.S. live in poverty. But despite the challenges they face, people facing poverty are often highly resourceful in making ends meet.
I learned this firsthand while growing up on the east side of Indianapolis.
My mom is an artist by trade, and she used to keep her art supplies in a tiny closet in our small, two-bedroom house. One day, some neighborhood kids and I were playing, and we wanted to buy a snack but didn't have any money. So, I went to my house, grabbed some of my mom's painting supplies, and then gathered rocks of different sizes. We painted the rocks, then sold them door to door. We only made a few dollars, but it was enough to get some snacks at the convenience store!
As kids, we hustled to get candy. But as adults, the stakes are much higher.
When my family and I moved to Chicago in 2009, I noticed that the local neighborhood economy was just like what I had experienced growing up. When the mainstream economy is struggling, the neighborhood economy struggles even further. The main distinction is that those who struggle with poverty are already accustomed to hustling. They are forced to find creative ways to generate income and support their families. What may be surprising is that these means of income are often not illicit. They are often just informal, unstructured businesses.
So, it begs the question: if people are innovative and entrepreneurial, then why are they still in poverty?
I've learned that it’s often not the ability that people lack, but access to opportunities. They often need a structure that harnesses their entrepreneurial abilities in a focused direction. Instead of subsisting on side hustles, people need the opportunity to turn their idea or talent into a viable, scalable business.
This was the focus of my work while I was on the staff of Sunshine Gospel Ministries in Chicago. Over the span of a few years, we began to serve these aspiring entrepreneurs in our neighborhood and establish a growing entrepreneurial community. But, we knew that business training alone wasn’t enough. So, we began asking more established businesspeople to lend their time, knowledge, and experience to coach the entrepreneurs.
Before long, the demand for our programming was huge! We knew that if we were going to meet it, we would need to develop a more comprehensive strategy. 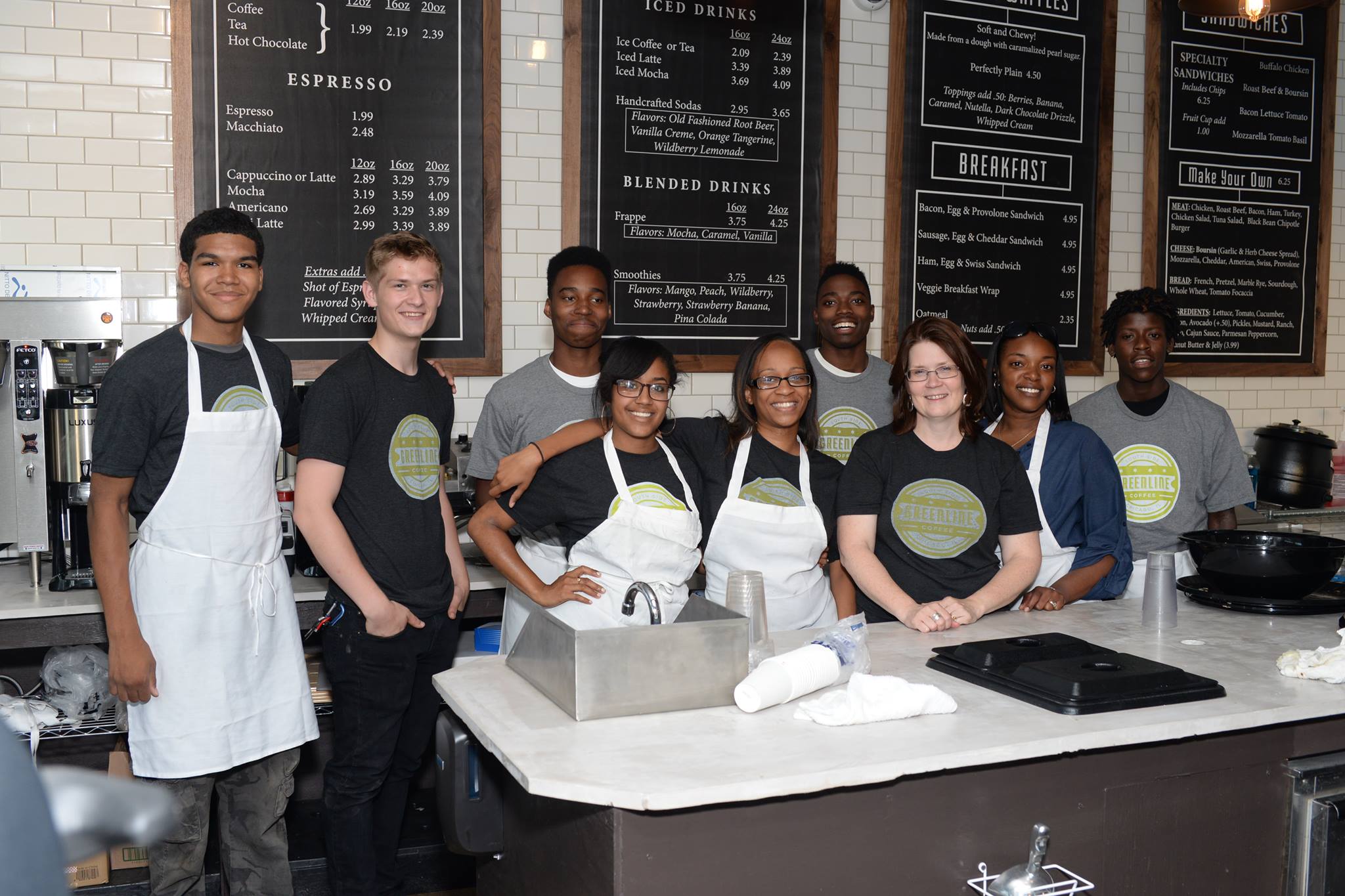 Employees of Greenline Coffee, a social enterprise launched by Sunshine.
We began researching and asking around—and that’s when we discovered Partners Worldwide.
Rudy Carrasco at Partners Worldwide worked with our team to grow our programming and expand to multiple sites across the city. They also connected us with other like-minded organizations in the Partners Worldwide U.S. network who were doing similar work.
I wouldn’t have dreamed that one day I would have the opportunity to support this U.S. network by joining the Partners Worldwide team. But in August of 2018, I came on board as the new U.S. Regional Facilitator to continue building upon the foundation Rudy had established.
In our U.S. network, we partner with local institutions—like Sunshine in Chicago—to provide entrepreneurial people with the opportunities they need to develop businesses that create jobs and impact in their communities. 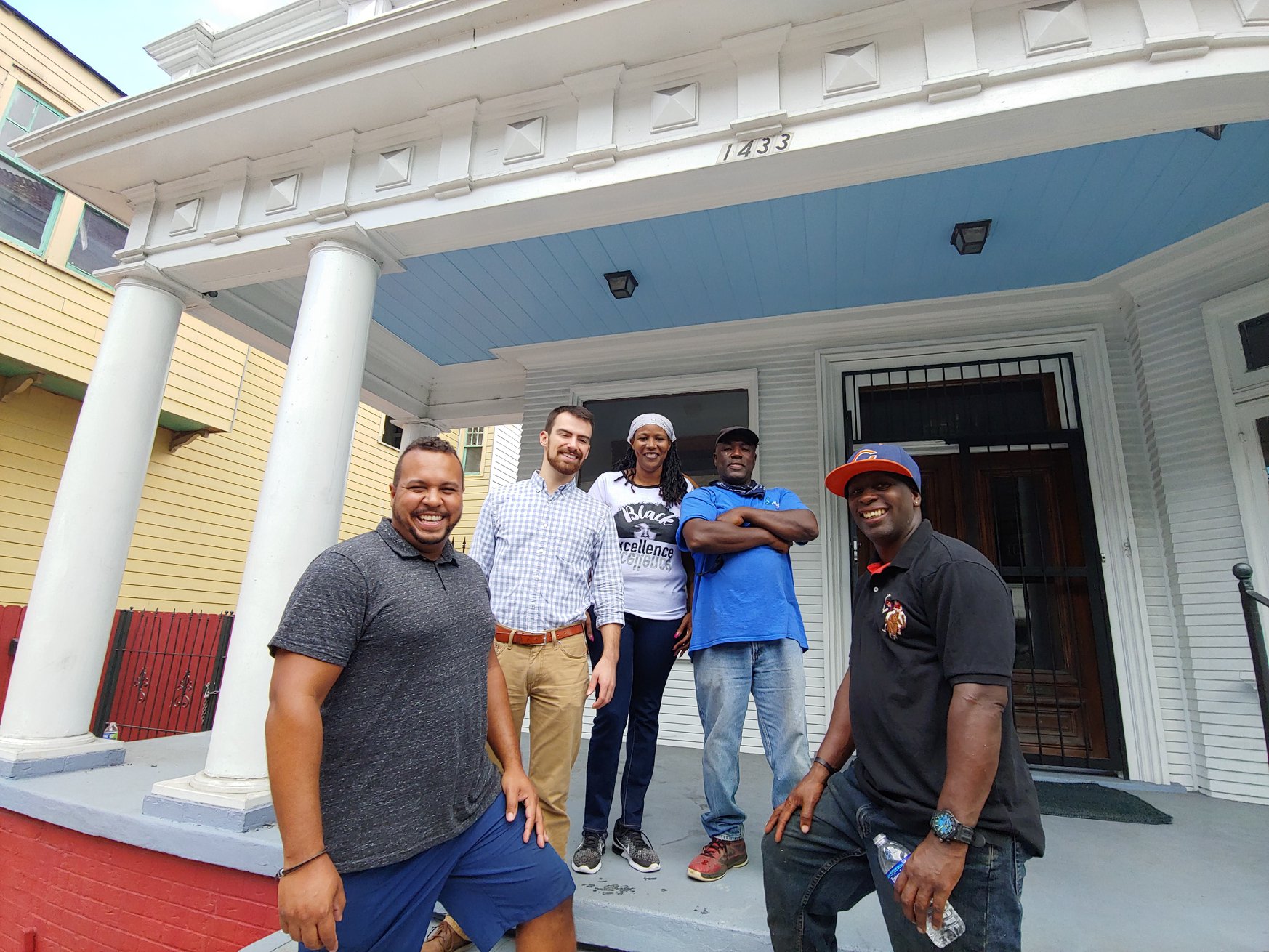 Visiting with members of Launch NOLA, our local partner in New Orleans

Last year, our network of U.S. partners served over 800 businesses and provided over 700 entrepreneurs with business training. Further, 73 volunteer mentors generously gave their time to coach these entrepreneurs. Each one of those numbers represents a life changed and a brighter future that is now possible.

In 2019, our focus is on growing these impacts by strengthening our existing partnerships and growing our network into new cities.
I’m honored to play a role in supporting this work to catalyze local economic development. And more than anything, I'm privileged to help unleash the potential of talented, innovative people in neighborhoods across the U.S. It’s through the ingenuity and tireless dedication of local leaders like them that communities will begin to experience transformation.