Growing up in San Salvador, the capital city of El Salvador, he had the cards stacked against him from the start.

From a young age, he weathered poverty, instability, and harsh physical and emotional abuse.

The drug trade permeated his childhood, too—employing his single mom, his relatives, and his neighbors.

Alex fled to the streets to escape the abuse he experienced at home. Scared, hungry, and alone, he realized he needed to find a way to support himself—and fast. Alex’s uncle took advantage of this opportunity and got him involved in the drug trade, promising it would make him a few bucks for food.

Shortly after, at just 11 years old, he joined a gang where he found the love, protection, and fraternity that was lacking at home.

To earn an extra income, Alex got a job as a bus ticket collector.

He was instantly struck by his first encounter with his boss, Julio Chicas. Julio was the first Christian Alex had ever met, and he found him to be a man “filled with love and patience.”

While Alex’s new job was a bright spot, he was still struggling with drug addiction and could not go a day without using. And though he was no longer living at home, he continued to face emotional abuse at the hands of his family.

Consumed with despair, Alex decided to take his life. He was just 15 years old.

He went home to say a final goodbye to his mother, but when he arrived, he was met at the door by a changed woman. Uncharacteristically, his mother embraced him with great joy and invited him into the house to join the praise and prayer meeting she was hosting.

His mother wasn’t the only change.

Alex’s childhood home—a place filled with painful memories of, the backdrop of so much terror—was transformed, too.

Warm, kind people filled the room, and soothing worship songs filled the air. The group was heading to church next, and Alex’s mother begged him to come along. Reluctantly, he agreed.

Once at church, several members of the group prayed for Alex, and he felt peace and hope wash over him for the first time in his life. 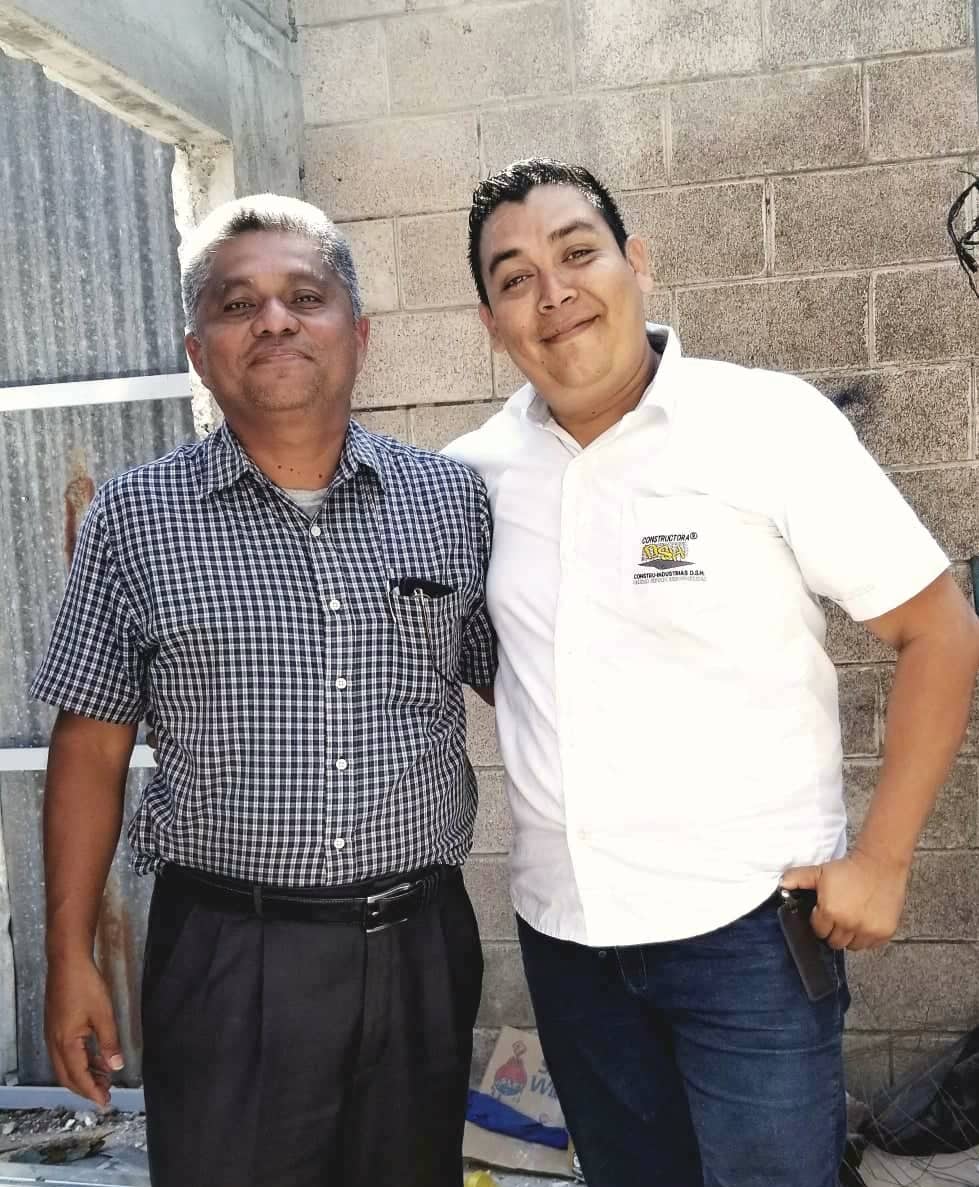 In that moment, Alex decided not to end his life, but instead to turn it over to Jesus.

That same day, Alex met Pastor Chicas—the leader of our local partner Crece and the brother of Julio Chicas, Alex’s boss at the bus station. Pastor Chicas began walking alongside Alex as a mentor, encourager, and friend.

Pastor Chicas helped Alex turn his life around and land a job at a local construction company. A few years later, Alex met and fell in love with Yesenia, an engineer, and they got married. Soon after, they welcomed their first child, a daughter named Eunice.

Life was better than Alex could have ever imagined. That was, until he lost his job.

Once again, he faced instability and uncertainty—but this time, he had this faith to lean on. He remembers being in deep pain and praying:

“God, there are no opportunities. Please. Give me the opportunity to start my own business.”

In 2007, Alex and his wife Yesenia began crafting a business plan for DSH. With Alex’s experience in the construction sector and Yesenia’s engineering know-how, they were a power team. They began remodeling homes and commercial properties, as well as creating construction products such as metal structures.

A Lifeline of Support Just in Time

After several years of steady growth, Alex and Yesenia decided in 2015 that they were ready to take their business to the next level.

So, Alex turned to his friend and mentor Pastor Chicas at Crece for help. Alex began participating in business mentoring and attending business networking events. He also began meeting and receiving feedback from Consensus, our international volunteer Business Affiliate (BA) team, during their visits to El Salvador. 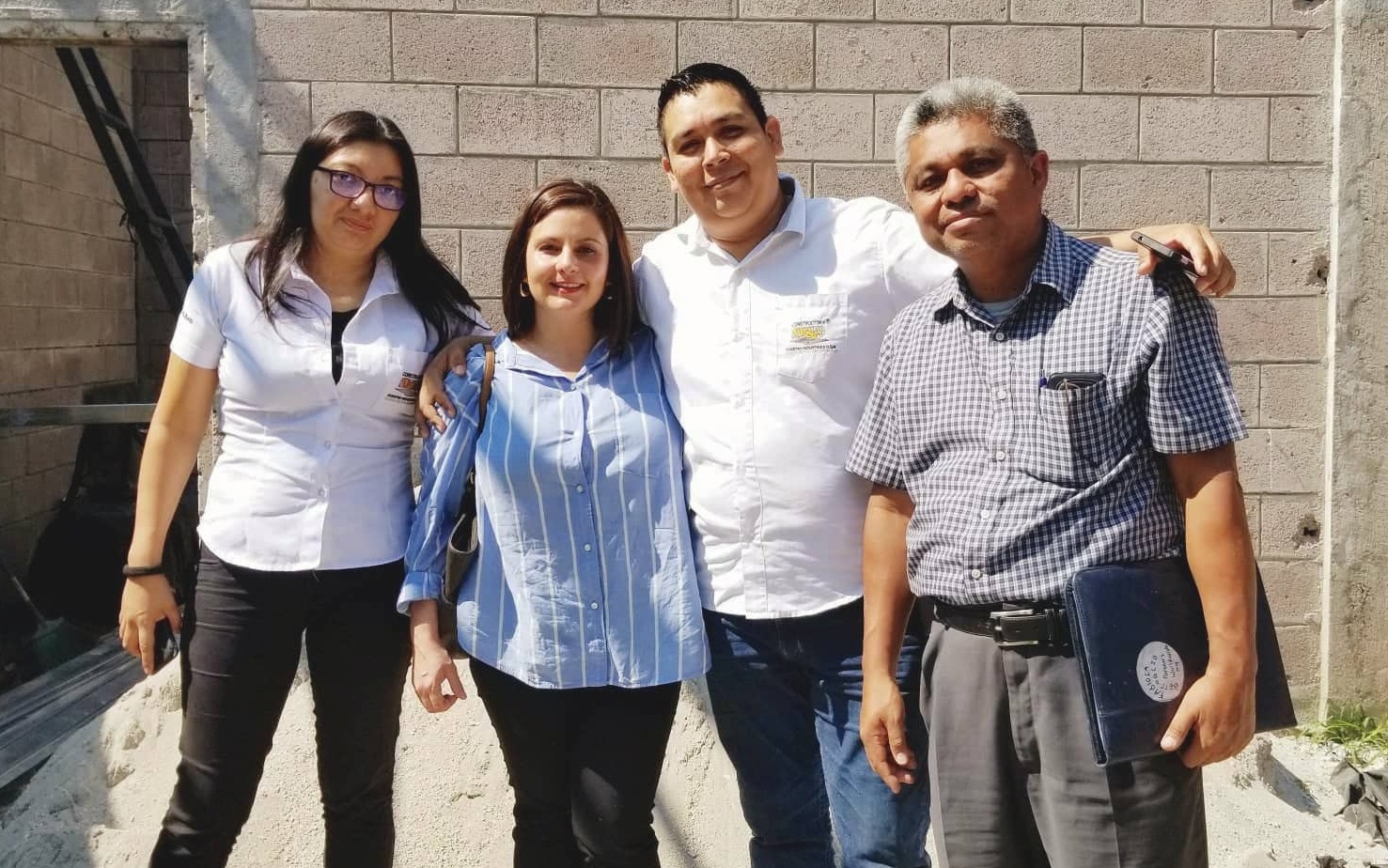 This support came at a critical time—right before two unforeseen crises hit.

First, in 2017, one of DSH’s clients refused to pay what they owed. As a result, Alex and Yesenia were at risk of losing their home and had to sell almost everything they owned to offset the cost. Things got so bad financially, Alex remembers a day where they had no food at home and his family was left hungry.

Throughout this dire time, Pastor Chicas walked alongside Alex, praying for him and encouraging him not to lose hope.

The second crisis came in the form of a stroke. It was entirely unexpected, and the doctors didn’t anticipate a full recovery. But miraculously, Alex overcame the odds once again and had a swift recovery with the help of his doctor and steadfast support from Yesenia and Pastor Chicas.

As Alex recovered, he slowly returned to work at DSH. They were still struggling financially, but he and Yesenia continued to do what they could to move their business forward.

Late one night, Alex got a call with a fantastic offer to reconstruct a large regional laboratory. Alex and Yesenia were overjoyed, as a project like this would help DHS recover from the defaulted payment that had sent them in a tailspin.

After landing such a big job, DHS began receiving more and more work.

They also saw an increase in demand for their construction products; companies outside of El Salvador even began purchasing from them!

With the business growing, Alex rented a space to expand production and house their growing inventory.

To really take things to the next level, though, Alex and Yesenia needed access to capital. However, because of their prior financial struggles, banks continued to deny them a loan.

But through the Partners Worldwide network, they connected with our local partner Credatec—a microlending institution—and received the loan they needed. Credatec also provided them with business coaching to strengthen their operations and management.

The DSH team started as just three people, and it had grown to 10 people in 2016 when we first introduced you to Alex and Yesenia in 2016. Now today, only three years later, DHS employs up to 30 people!

Creating jobs for others fills Alex with great pride, as he says:

In the future, he hopes to continue creating opportunities for young people through his business. Beyond job creation, Alex and Yesenia also give back to their community by donating their time to help out with construction projects at local institutions like schools. 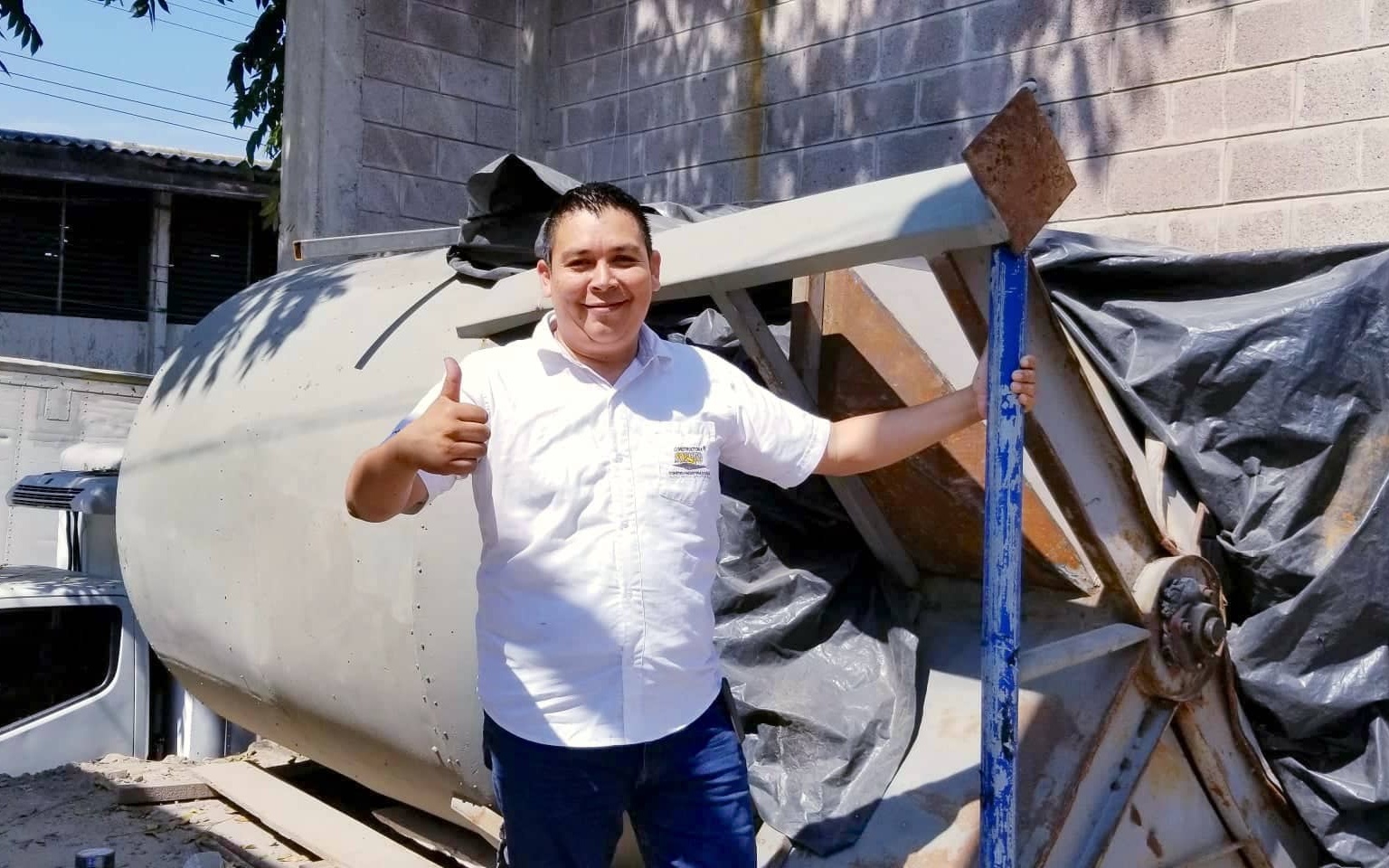 They also plan to change suppliers to reduce the cost of their raw materials. They currently buy from an expensive German company but would like to switch to a more affordable company that is based in the U.S. Alex is hoping to travel to the U.S. to visit the company and buy materials from them, but like many Latin Americans, he faces the likelihood that his visa won't be approved.

However, the local Partners Worldwide network is advocating on Alex’s behalf to help strengthen his case for a visa.

While Alex and Yesenia grow their business, they are also growing their family. Their daughter Eunice is now 19 years old, and just three years ago they welcomed their son Matthew into the world. Pastor Chiacas has been a friend and mentor to Alex for over 20 years now, and Alex considers him a father to himself as well as a grandfather to Eunice and Matthew.

Today, Alex no longer recognizes the young, hurting addict that he once was.

Through several years of cultivating his faith, receiving mentoring, gaining business support, and being in a loving and supportive family and community, Alex has experienced transformation.

He was dealt a terrible deck of cards yet has overcome each barrier he has faced with grit and God’s grace. He has broken the cycle of poverty, abuse, and addiction for his family. In the process, he has grown a successful business that is creating jobs and positive impact in his community so that others may experience the fullness of life, too.