In Sri Lanka, one of our key strategies working with our partner, The National Christian Evangelical Alliance of Sri Lanka (NCEASL), is to build capacity by training and continuously equipping Christian business trainers who in turn work with entrepreneurs in their churches as well as in the wider community, thus creating a sustainable model resulting in Kingdom-centered transformation.

Pastor Kathiresan is an example of a church Pastor reaching non-Christians with the gospel, while using the Partners Worldwide business training tools to mentor them to be effective witnesses in the marketplace while also creating sustainable jobs to end poverty. Pastor Kathiresan is the Pastor of the Colombo Gospel Tabernacle church branch in Pitakotte a suburb of Colombo. Based on his passion for ending poverty and for empowering his believers to be wealth creators for the Kingdom, he was selected to follow the Train the Trainer course in the PW Emerging Entrepreneurs’ Curriculum held in 2018

Roshan is one of Pastor Kathiresan’s mentees -- a young entrepreneur and the proud owner of Smart Cool Air Conditioning (Pvt) Limited. Roshan started working at a very young age (22) when he migrated to Qatar seeking employment in a construction firm. During annual visits home, Roshan was mentored by his local pastor alongside Pastor Kathiresan, who taught him many business ideas and financial principles as well.

When Roshan returned to Qatar in 2017, Pastor Kathiresan had advised him to start planning and save money to start his own business soon. Roshan decided to set up his own A/C repairing company in Sri Lanka. Within one year in Qatar Roshan saved up some money and purchased all the equipment required to start the business in Sri Lanka without getting into debt. 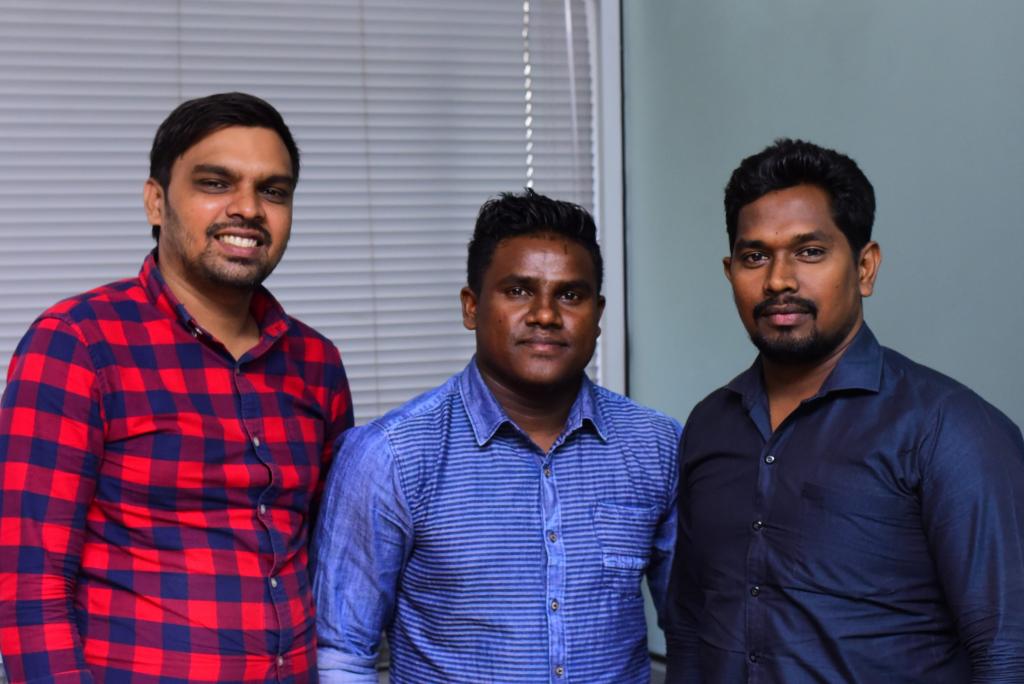 Roshan returned to Sri Lanka in early 2018, registered his business and started work in May. Business was slow in the first year and then in 2019 due to the economic downturn caused by the Easter Bombings in April, he was worried if he would be able to sustain his business and pay his employee. Yet Roshan continued to faithfully continue his business, practicing the principles taught by his pastor and business coach.

After a few weeks during the tense period after the Easter Bombings when most businesses were still unable to re-open, Roshan was suddenly called by a well-known company to repair an A/C unit. After completing a few more repair jobs, the management was so pleased with Roshan’s work excellence and customer-friendly approach that they offered him a maintenance contract handing over the entire A/C operations of the company to him. Roshan was now able to employ three technicians and an assistant to handle the workload.

In November of 2019, Roshan was earning twice as much as he did back in Qatar and was able to begin contributing to savings.  Roshan testifies to the effective business coaching he received from Pastor Kathiresan:

"Without proper Biblical business mentoring I don't think I would have come this far this quickly."

Now, in September of 2020, Roshan’s business has survived and thrived. Despite the lockdown and island-wide curfew, he had more business than he could handle. In addition to several important government institutions, Roshan is now handling the AC maintenance for other major corporate clients. One National AC company has even awarded him their franchise for the entire western part of Sri Lanka which includes almost 40% of the country’s population! His professionalism and excellent workmanship are an effective witness to his clients. Additionally, Roshan has been able to provide continuous employment for 10 families--which is remarkable considering the economic downfall of the pandemic!

We thank God for mentorship relationships like that between Pastor Katherisan and Roshan, and the way that they motivate and sustain entrepreneurs, even through difficult times.