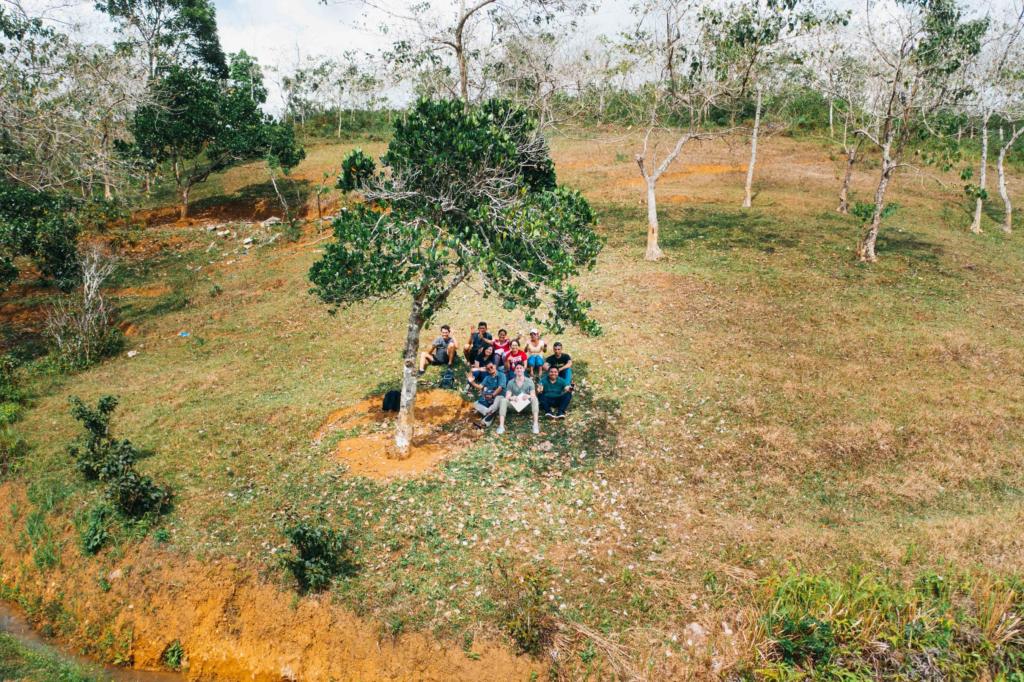 “What’s one of the most impactful experiences of your life?” That’s a question I’ve often been asked—in high school, in college, in job interviews, and in conversation. It’s a question that forces reflecting on your life and what you’ve been through. The good. The bad. The otherwise. Reflecting on the last few years of my life, I now have a new answer to that question.

I joined the Partners Worldwide (PW) team on April 25 of 2016 as a fresh graduate wielding a Bachelor of Communications and a minor in Spanish from Hope College. I knew I wanted a few things in my first job: a focus on marketing, involvement in social justice, and a place where I could put my faith into action. PW offered all of those things—but looking back, I had little idea what I was in for.

Partners Worldwide takes a holistic approach to fighting global poverty. If you’re reading this blog, you likely already know that. I want to share it through the lens of my experience. PW fights poverty at its core—removing the things that get in the way of people escaping poverty and providing what they need to get out. More than that, it’s built on a foundation of shared faith in God, and a belief that all people are image-bearers of God and deserve a fruitful life. It’s about matching mentors to small business owners. It’s about training people to develop their natural skills. It’s about connecting people to resources and markets. And it’s about advocating for those who cannot advocate for themselves.

I vividly remember my first trip I took with PW. It was a video shoot in our Latin America Region to capture stories of our work in Nicaragua and Honduras. Until this point, I had heard and learned about PW in my work, but hadn’t yet witnessed it first-hand. I met Santos, a woman living with her children who was manufacturing her own line of candy out of her home. I met Jose Luis, a 27 year-old farmer who paid back a ten-year land loan in three years—helping his family escape poverty for generations. I met Hector, whose furniture factory had burnt to the ground—yet resiliently worked to build it back up again and employ vulnerable youth in his community. These people faced great adversity and overcame it.

Each of these people (and the thousands more in our network) are knowledgeable, skilled, gritty, and determined in their work. But what impacted me most was their optimism. Every network member, business owner, and entrepreneur I met across the globe was filled with positivity and excitement. They were so grateful for everything they had—no matter their situation—and knew they could escape poverty while helping those around them do so, too.

During a trip to Haiti, I had the pleasure of interviewing Daniel, an owner of a guest house in Pignon. He shared something about his work that stuck with me, “God created me to love and to serve. I want to leave something behind to help others.” As Partners Worldwide, Christians, and humans, that is a quote to live by.

If the work was impactful, the people were transformational. Being my first “real” job out of college, I wasn’t sure what to expect on a team. I quickly learned how invested and passionate the PW team was about our mission to end poverty. It wasn’t a “job.” It was a calling. I was part of a group of people that weren’t just a team, but a global community supporting each other through thick and thin.

How did that happen?

•    Receiving frequent messages and phone calls from colleagues checking in on how things are going to build relationships.
•    Being part of a global People Development Team where we shared about work and life, praying for and supporting each other through each, all the while seeking to grow and develop the people of Partners Worldwide.
•    A supervisor who taught me not only how to excel in my work, but how to be a professional, empathetic, and genuine team member and person.
•    A leader whose suspicious enthusiasm permeated throughout every conversation we had.

These are just a few of many of examples of how my PW team lived out being a community of support.

What my eyes were opened to most in their support is not only how supportive of a team we are, but also how we support each other globally. PW works in six regions and 27 countries around the world. We have staff members in 14 countries. Our team is diverse—in age, ethnicity, nationality, experience, perspectives, and skillsets. Admittedly, sometimes this is a challenge. But overwhelmingly, this is a blessing. I learned so much more through experiencing and building relationships with people from all geographies and walks of life than I could have ever learned otherwise.

I learned the importance of a chat over an afternoon cup of tea in South Asia. I learned that Haitians are delightfully relaxed, easygoing people. I learned about the pride many countries in Latin America take in their native cuisine. I learned how friendly and patriotic our Canadian friends are.

The people of Partners Worldwide showed me how to be part of a global family, embracing and supporting each other in all we do.

Although my time being a part of the PW team is coming to an end, my time living out what I lived and learned at Partners Worldwide will never end. It laid a foundation for my life that I will continue to build on wherever life takes me. And for that, I’m eternally grateful.

“What’s the most impactful experience of your life?” Partners Worldwide.