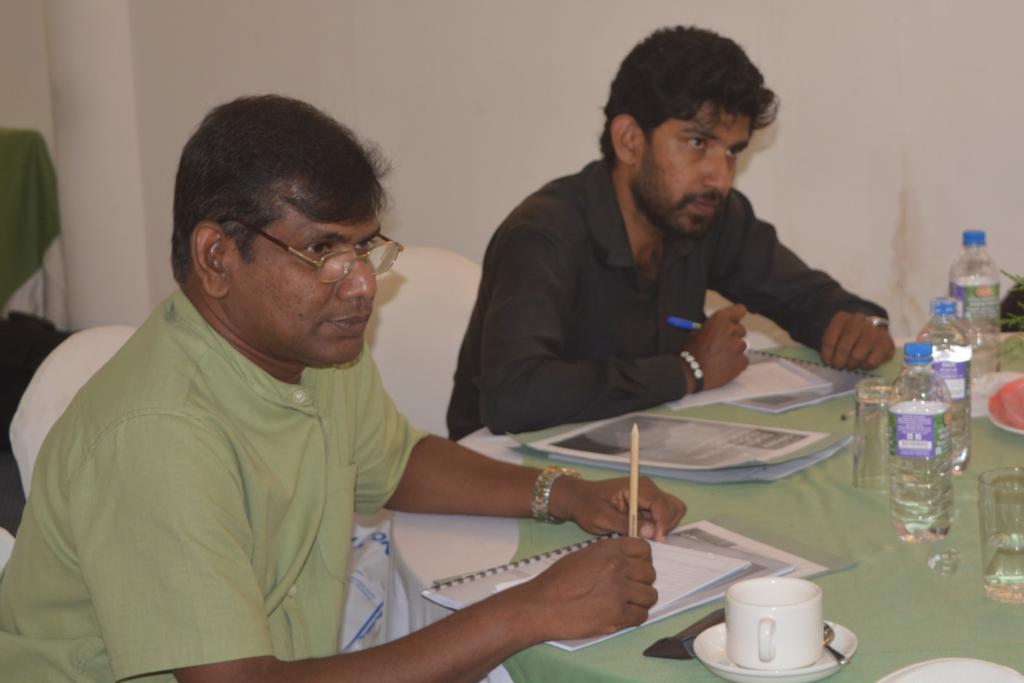 Pastor Ashley Moni was a Business Affiliate in Sri Lanka, and a dedicated and visionary member of the PW Network. After an extensive hospitalization due to complications from COVID-19, he passed away in early February, 2022. Paul, our Sri Lanka LCI leader, shares a reflection on and tribute to his life here:

“If a man does not keep pace with his companions, perhaps it is because he hears a different drummer.”

Pastor Ashley Moni was a person who walked to the beat of a different drummer.  Despite having many opportunities to live a life of comfort, Pastor Ashley still chose to walk the paths less trodden.

He was educated in an elite Anglican prep school, studied in seminary in the USA and lived there for several years. In Sri Lanka he could have chosen an easy pastorate, but his vision was different. Pastor Ashley was a radical Kingdom-minded person who had both an eagles-eye view of the Kingdom as well as a razor-sharp focus on the needs of the downtrodden. While burdened about meeting the physical and material needs of people in every mission field he went to, Pastor Ashley was also consistently focused on evangelism and church growth with community transformation though Kingdom culture as the ultimate outcome.

When I first met him sometime in 2018, Pastor Ashley was passionate about conducting immersive English language classes for the rural poor in Sri Lanka. I had the privilege of sharing PW’s vision of Business as a Holy Calling and the need for Christian businesspeople to faithfully pursue a world without poverty. This message dovetailed with his own worldview.  Soon he attended a PW Train the Trainer conducted by our LCI, NCEASL . He then travelled all over Sri Lanka building small groups in churches to identify and develop local resources. His model was to work with churches which had a burden for evangelism by training them in effective evangelism as well as some form of business so that they could sustain themselves.

One of these locations was a church in Ambalpuram in Mankulam.  Pastor Ashley was there when the first COVID-19 lockdown started in March 2020 and he lived there until December 2021. Ambalpuram is in the North of Sri Lanka with none of the material comforts available in the city, but he loved working with the church youth, the farmers, and the children in the community. A key part of his work was creating a nutri-cookie as an entrepreneurial venture. However, he fell sick with COVID-19 in December when he was in Colombo finalizing work on the branding and packaging and he never returned to Mankulam.

During our discussions, Pastor Ashley would share about some the challenges he faced: even 12 years after the end of the civil war in 2009, the people of the north have minimal education levels. Many of them lost loved ones during the civil war and have not been able to achieve closure.  They are resistant to change in agricultural practices.  Pastor Ashley would also share about feeling lonely, discouraged and isolated.  In the second half of 2021, additional lockdowns pushed the community deeper into poverty, as the farmers were unable to sell anything outside their village. As a result money dried up and families had no way to purchase even their basic necessities.

Despite all these challenges, Pastor Ashley remained firm. He launched a community kitchen in the village during the lockdown in an attempt to sustain the local economy. He rented a store on the main road a few kilometers away in an attempt to help the villager market their produce.  He was confident that the nutri-cookie would be a success not just as a food supplement for convalescent patients and children but also an affordable food option with the looming food shortages.

“The kingdom of heaven is like a mustard seed, which a man took and planted in his field. Though it is the smallest of all seeds, yet when it grows, it is the largest of garden plants and becomes a tree, so that the birds come and perch in its branches."  Matthew 11: 31-32