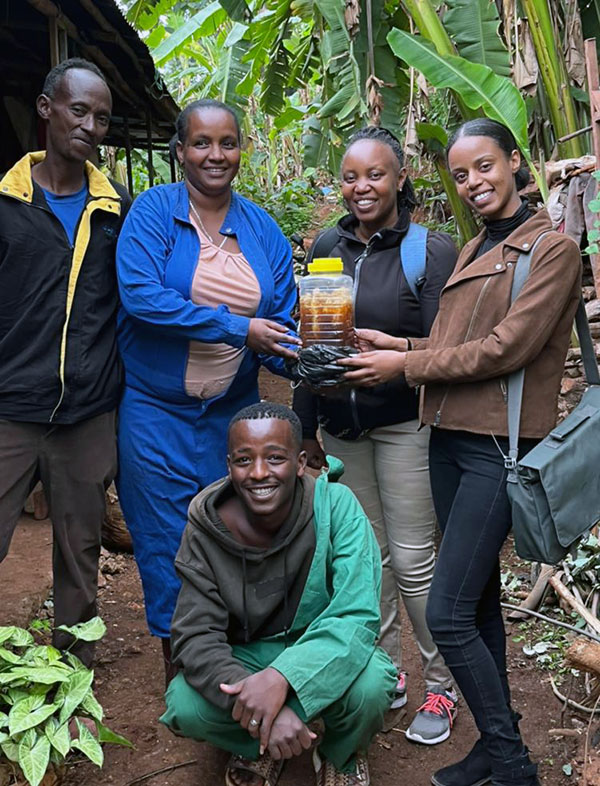 In rural Ethiopia, where men typically own the majority of assets and land, women have risen up and formed small Self-Help Groups to support each other to gain business knowledge, skills, and funds to build their businesses and savings. Besides sharing resources, these groups create a sense of shared community and encouragement, which is transforming the lives of women.

Aster is one of these women who had her business transformed from this community. She is a bee farmer who worked in the southern region of Ethiopia on a one-acre piece of land. Through the encouragement of a friend in the community to start a business, Aster began her journey in beekeeping. Her husband joined her, and together, they started farming with just two beehives in their rented space, merely one-sixteenth of an acre in size. Despite humble beginnings, she was determined that she could make good honey to earn a living and provide food for the family.

Her business did not come without challenges, though. Being close to other neighbors who were renting the same piece of land, she received backlash from the community, who made complaints to the village chief that her bees were a nuisance and that they wanted them out. But even as communal tensions threatened to break her business, Aster did not give up. Eventually, her persistence in building a solid business convinced the government that her business had value. In fact, they moved her to a new location where she could keep bees safely and even gave her ten new hives to supply the village with honey.

Today, she is keeping 15-20 hives, and her humble beginnings have transformed into a profitable business that feeds her family of four and creates flourishing in her whole community. She has created three jobs for others, and seeks to create more as she expands by leasing trees on people’s farms to build more hives. She has also already started a new revenue stream by making traditional butter which she is educating her son on.

This transformation was created in part through the self-supported women’s Self-Help Group, which offered Aster moral support and access to finances. Efforts like these are formed only by our passionate partners on the ground within the Partners Worldwide network.

Consider becoming a regular donor with us to empower other entrepreneurs like Aster to eradicate poverty from their communities through business!