In February, we shared how our network has supported nearly 200 small business owners in the province of El Oro, Ecuador—including many families who came to Ecuador as refugees from Venezuela. 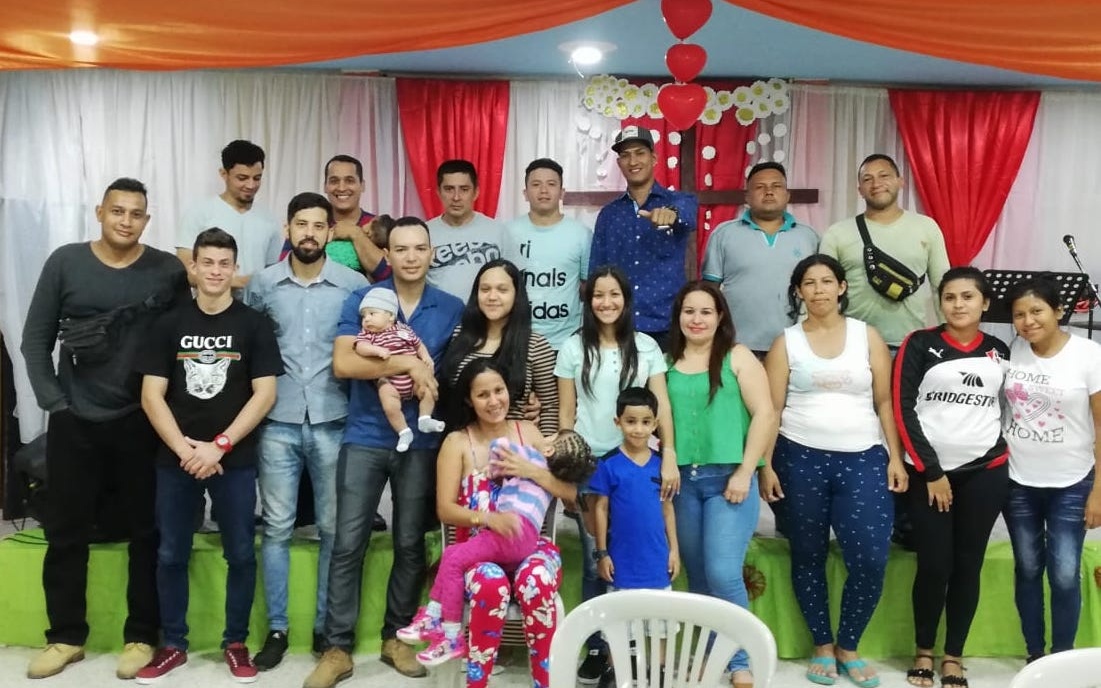 Venezeuelans who came to Ecuador as refugees pictured with members of the Partners Worldwide local network.

That number has continued to grow as the refugee population has increased, and the Partners Worldwide network has been influential in enabling individuals to capitalize on their skills, contribute to the local economy, and create a new life in Ecuador. The following are just a few of their inspiring stories.

Rafael and Yorliana with Thiago Donuts

Rafael and Yorliana run a donut stand that is affectionately named after their son, Thiago. With their connections through the PW Ecuador network, they are expanding their business by adding two transportable carts to bring their donuts to sell at parks, schools, and events. 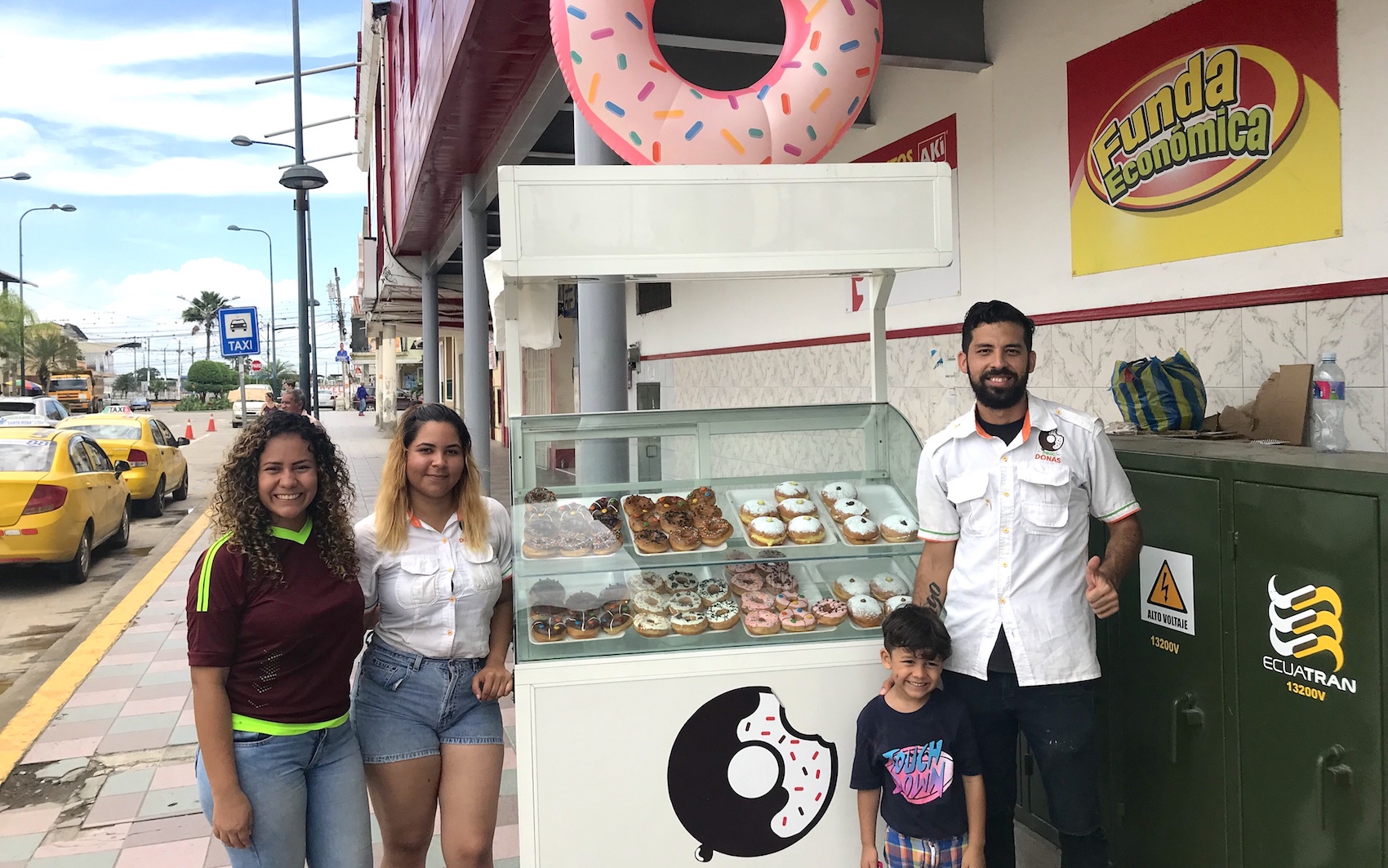 Rafael (pictured on left) with son Thiago, Yorliana, and an employee.

As a pastor in Venezuela, Orlando learned to listen for God’s call. So, when he and his wife and son made the trek to Ecuador, he listened for that call in determining how to best provide for their family.

Through a loan provided from the Partners Worldwide network, he was able to purchase materials to start a carpentry business. Today, Orlando is able to support his family, and with this new level of financial stability, he has begun his ministry again, too, by leading a local fellowship group.

When brothers Hector and Joseph met their wives—Francesca and Marina—they had recently come from Venezuela to Quito, Ecuador, and were supporting themselves by playing music in the public transit system.

They were scraping by, but they had dreams of opening their own fast food restaurant once they were more established.

However, after Hector and Francesca had their first baby, Belen, they discovered that building a life in Quito was nearly impossible with the large influx of people needing work. So, they—along with Joseph and Marina—chose to start over and relocate to another large city.

The opportunities in this city were also limited, and many of their Venezuelan friends began to work on banana plantations for $10 a day. Those who were less lucky were forced to beg on the street because employment opportunities were so scarce. Taking all this into consideration, the two couples decided to move yet again. This time, to a smaller town with a more accessible job market.

With this new-found stability, they were finally able to begin pursuing their dream of opening a restaurant.

Lacking access to an affordable lender, they borrowed from a loan shark and launched a small restaurant called Chamos Burger—dividing their time between their day jobs and the business. 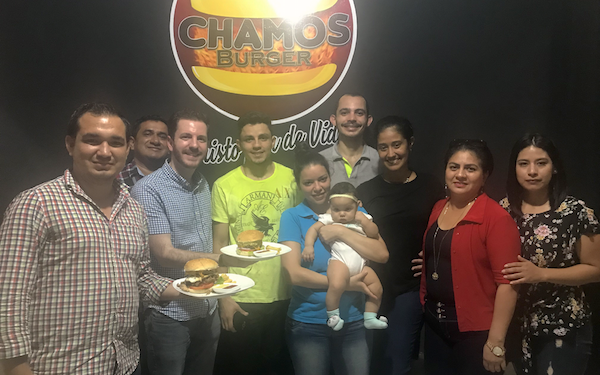 Hector (in green) with Francesca (in blue) and their daughter. Joseph (in grey) with Marina (in black).

However, since their loan has a high-interest rate, they are now working to pay it off so that they can begin to use their profits to invest in their business.

Our local partner, El Oro Partners, has helped Chamos Burger get a new, more affordable loan through another one of our partners, Cooperativa Jarden Azuayo. With this help, they have been able to pay off the loan from the loan shark and will now be able to be debt free in just one year!

Our local partner, El Oro Partners, has been influential in providing Chamos Burger with mentorship and business training as they grow.

As Chamos Burger has continued to grow, Hector, Francesca, Joseph, and Marina have been able to build into a community of support and encouragement, and see God provide for them when the numbers don’t make sense on paper. “We live on God’s grace,” they share good-naturedly. God’s grace, and some really good burgers! 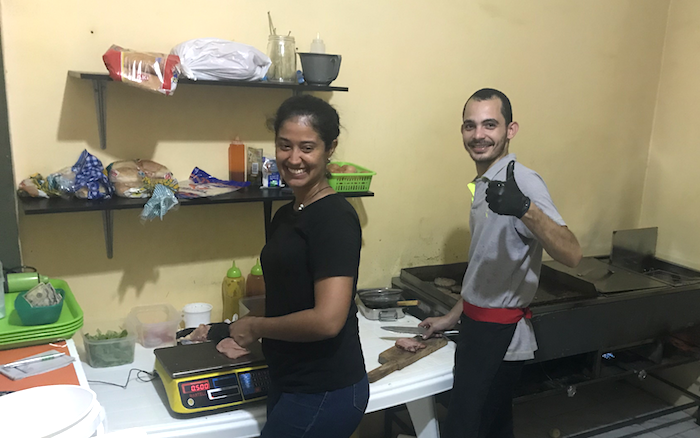 Each of these families courageously walked into the unknowns of a new culture, a new community, and the new challenges that each of those entails. But through it all, they have had a strong network of support encouraging them and spurring them on to continue growing their gifts, using their skills, and making their new community home.